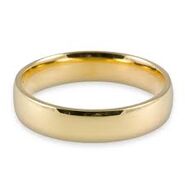 Add a photo to this gallery

A golden ring with a large black stone inset into the band. It has been worn by all the true kings of Nezza. It has magical properties and binds the true king to the land of Nezza.

The ring was lost by a foolish king who went on an adventure in Vargland. It was found by Alex on his first adventure after defeating a three-legged troll. The oracle Iownan couldn’t identify it but recognized it as important. The oracle Tempe identified it to Alex.

After Rallian proclaimed his intent to become king and was close to overthrowing the dark forces in Karmus, Alex gave the ring to Rallian, who put it on and awoke the ancient magic that had been sleeping.

Retrieved from "https://adventurerswanted.fandom.com/wiki/Great_Ring_of_the_Kings_of_Nezza?oldid=5079"
Community content is available under CC-BY-SA unless otherwise noted.